The catalog number of this set is KF-110. Two versions of the locomotive were made - one with "Sylvania" on the cab sides and another without. A video of the Atomic Train may be seen here.

Kusan catalog number KF-10. U.S. Army Sylvania Atomic Locomotive XT 2716. The machine gun turret on top of the locomotive swivels and the guns can be raised or lowered. The gun tips are very fragile and are often broken off.

Kusan catalog number KF-10. U.S. Army Atomic Locomotive XT 2716. This is the variation without "Sylvania" on the cab sides. The machine gun turret on top of the locomotive swivels and the guns can be raised or lowered.

Kusan catalog number K-801. U.S. Army Atomic Reactor Car 30100. The two electrical leads plug into the rear of an Atomic Locomotive. As the train moves, the three red lights blink on and off to simulate fissionable material burning.

Kusan catalog number K-802. U.S. Army Atomic Cannon Car 42010. Note the intact handrails, which are often broken or missing, along the side of the cannon barrel. In the left foreground are three black "Atomic Projectiles" for the cannon. In the right foreground is a track trip which, when placed between the track ties, causes the cannon to fire while the train is in motion. 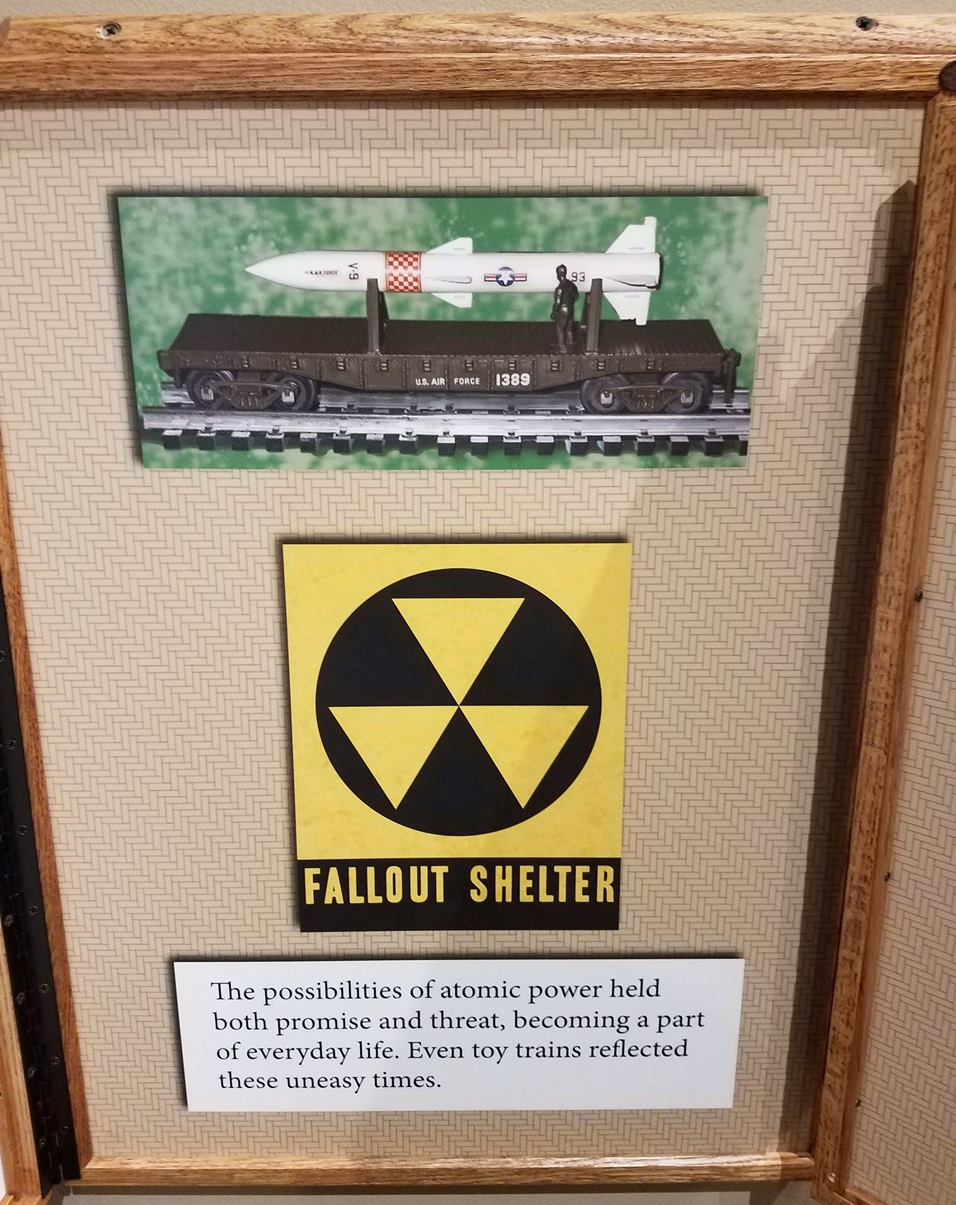 Kusan trains sometimes appear where you least expect them. This Kusan U.S. Air Force Guided Missile Car display was found on the second level of the California State Railroad Museum. 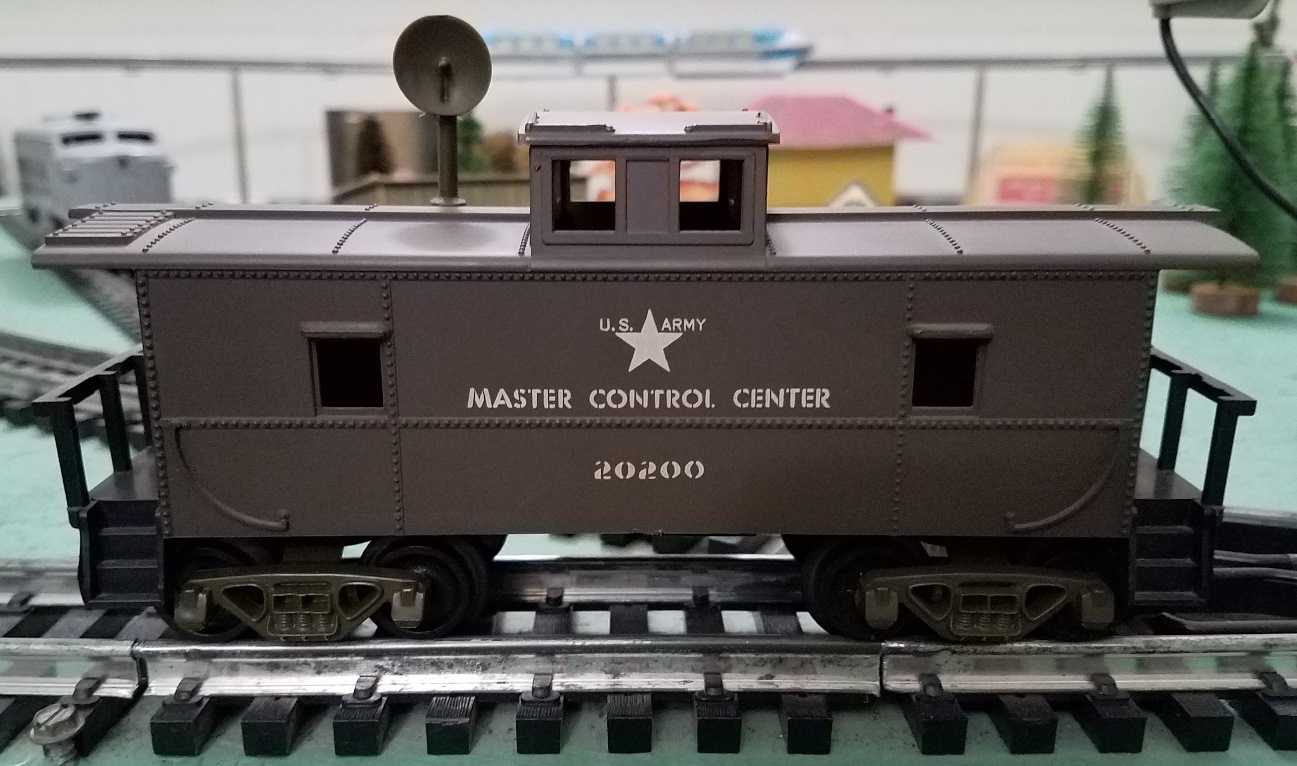 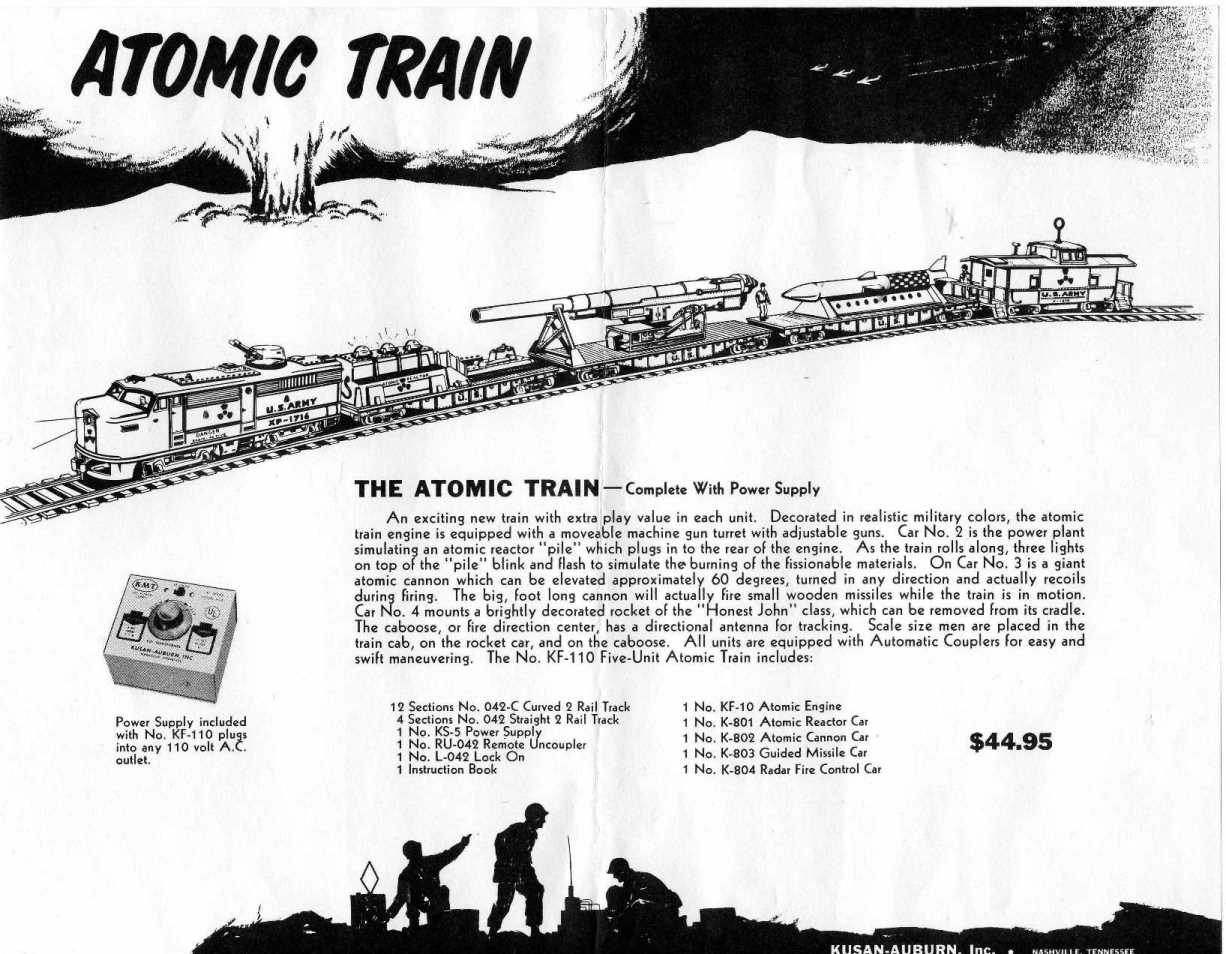 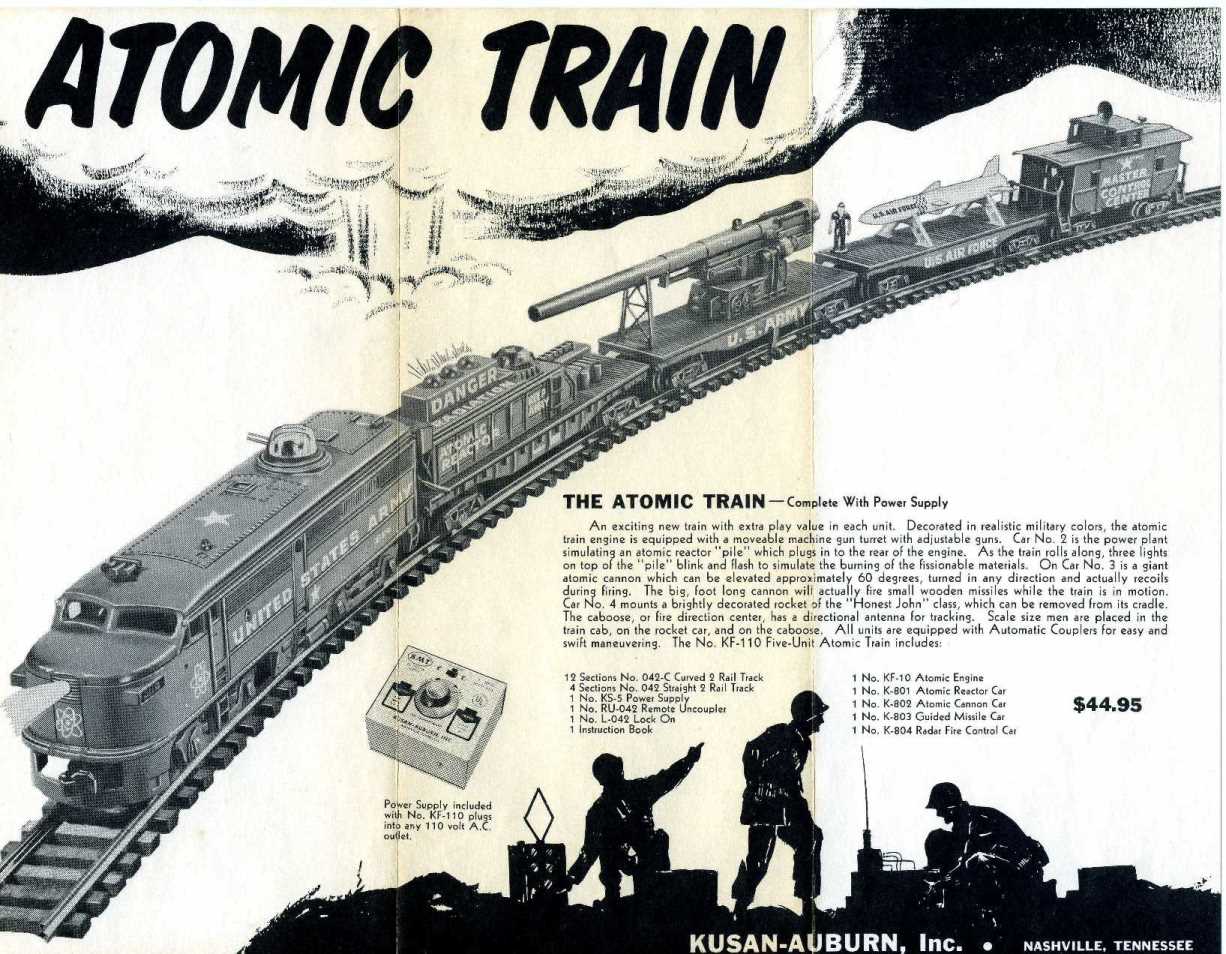