K-LINE obtained the tooling from Williams Electric Trains to manufacture their tank cars. With the exception of the first one, photos on this page are courtesy of the B. DeBrooke collection.

For comparison to the K-LINE tank cars on this page, this is a Williams DOW Chemical Company tank car. The black railing extends all the way around to the hatch ladders on either side of the car.

K-LINE Esso GATX 6310 "put a tiger in your tank" tank car. The chrome railing extends all the way around, but stops short of the hatch ladders on either side of the car. This railing style was used starting 1987 through 1989 on the first K-LINE tank cars from Esso 6310 through KATY 6319. 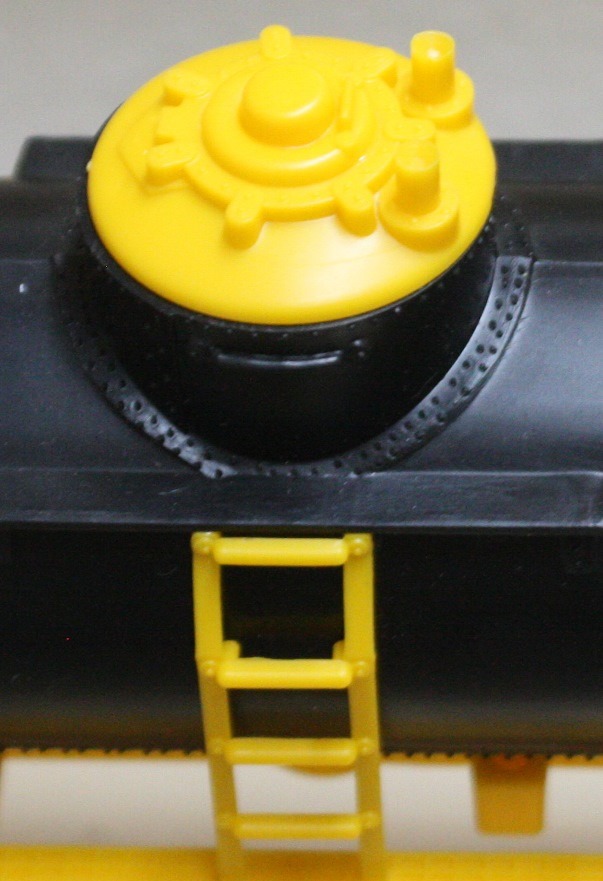 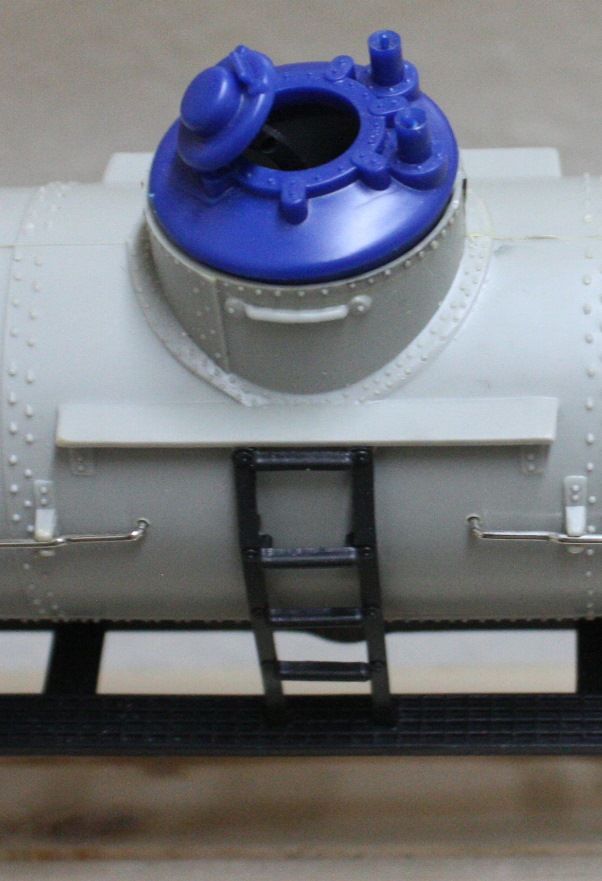 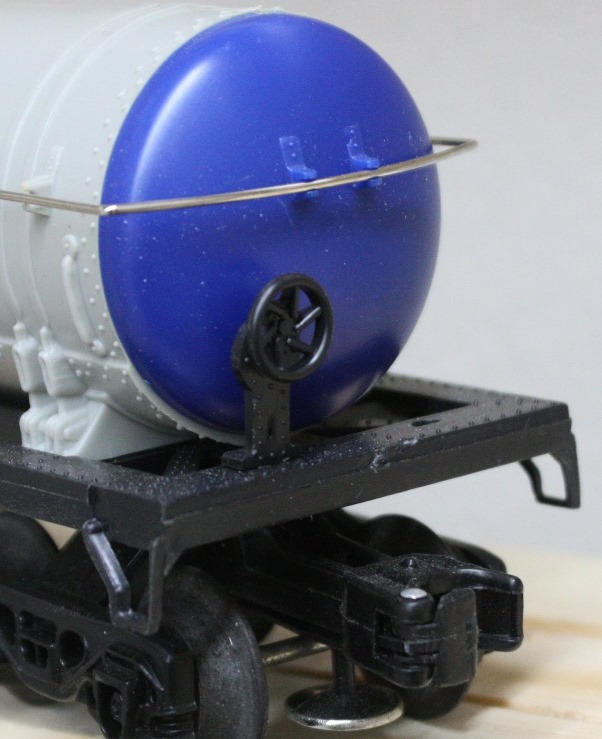 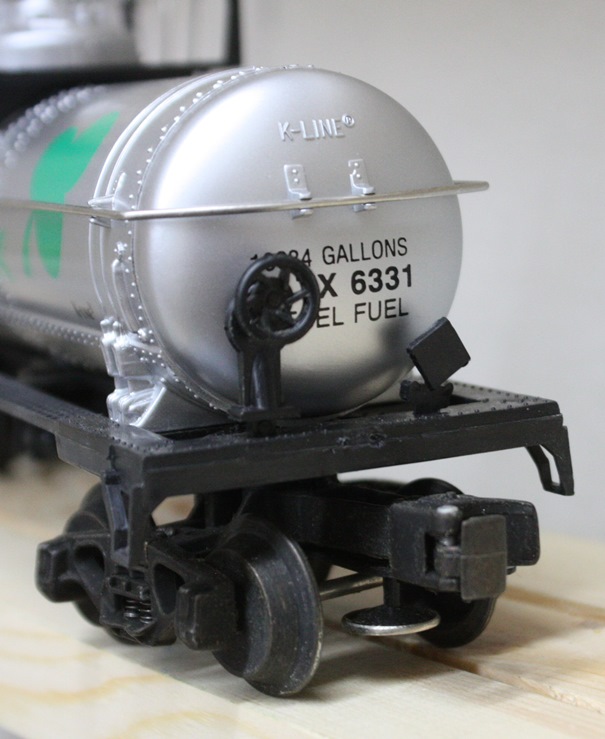 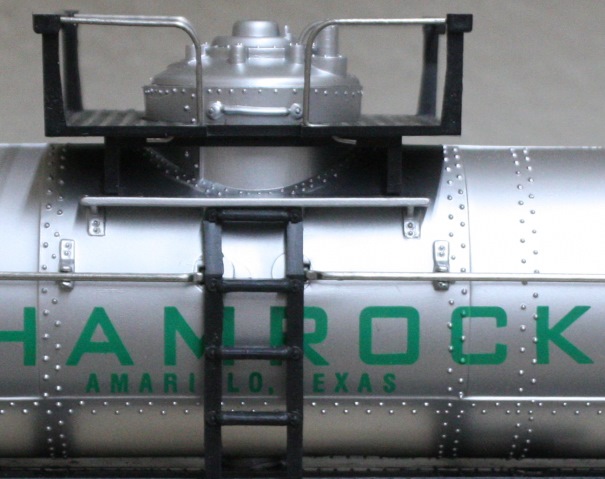 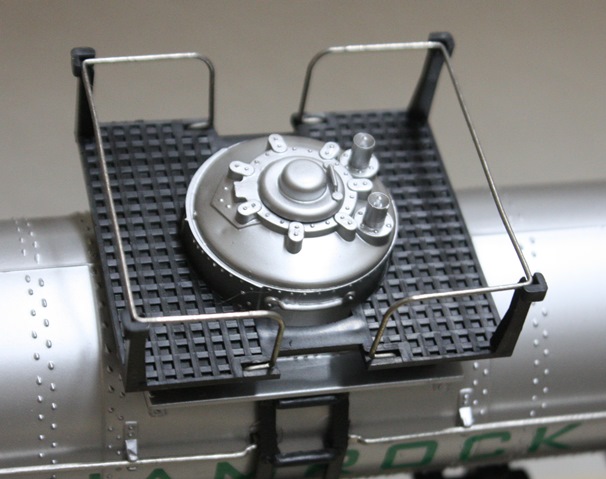 The die-cast chassis was introduced in 1994. It first appeared on an uncatalogued Conoco tank car. Conoco requested a replica of their 1934 Conoco tank car in black. K-LINE produced 16,566 tank cars in black, and another 60 in grey for company executives. The car was delivered on a base with roadbed and track. The car also had a coin slot. It's believed the first regular production tank car with a die-cast chassis was Baltimore and Ohio 6358, produced in 1996. There were other earlier tank cars with die-cast chassis, but they were uncatalogued and mainly done for private companies. 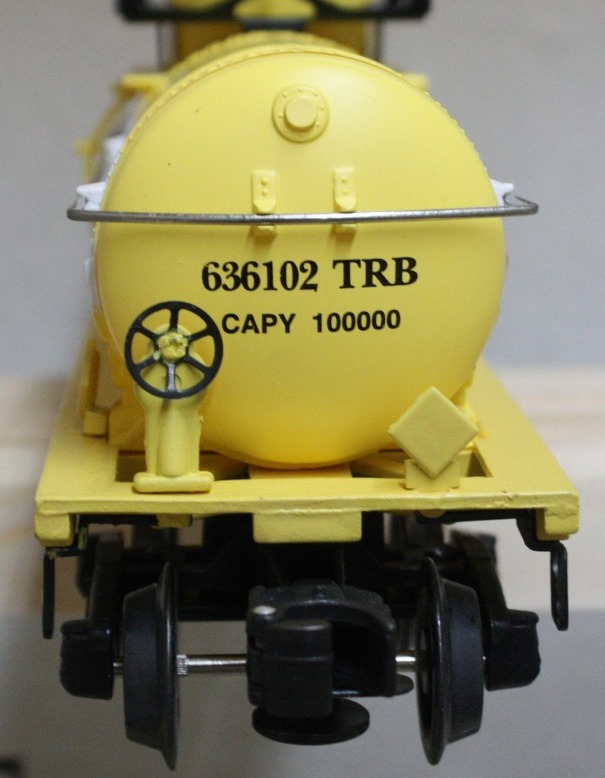 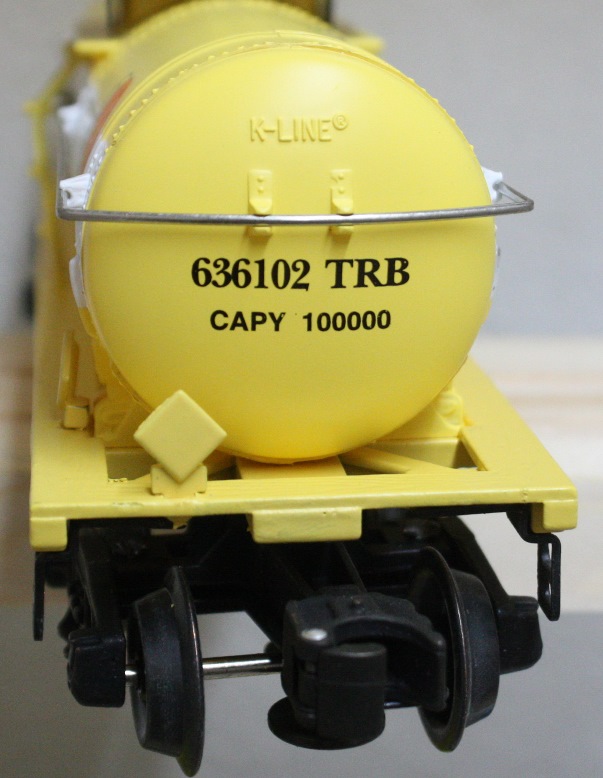 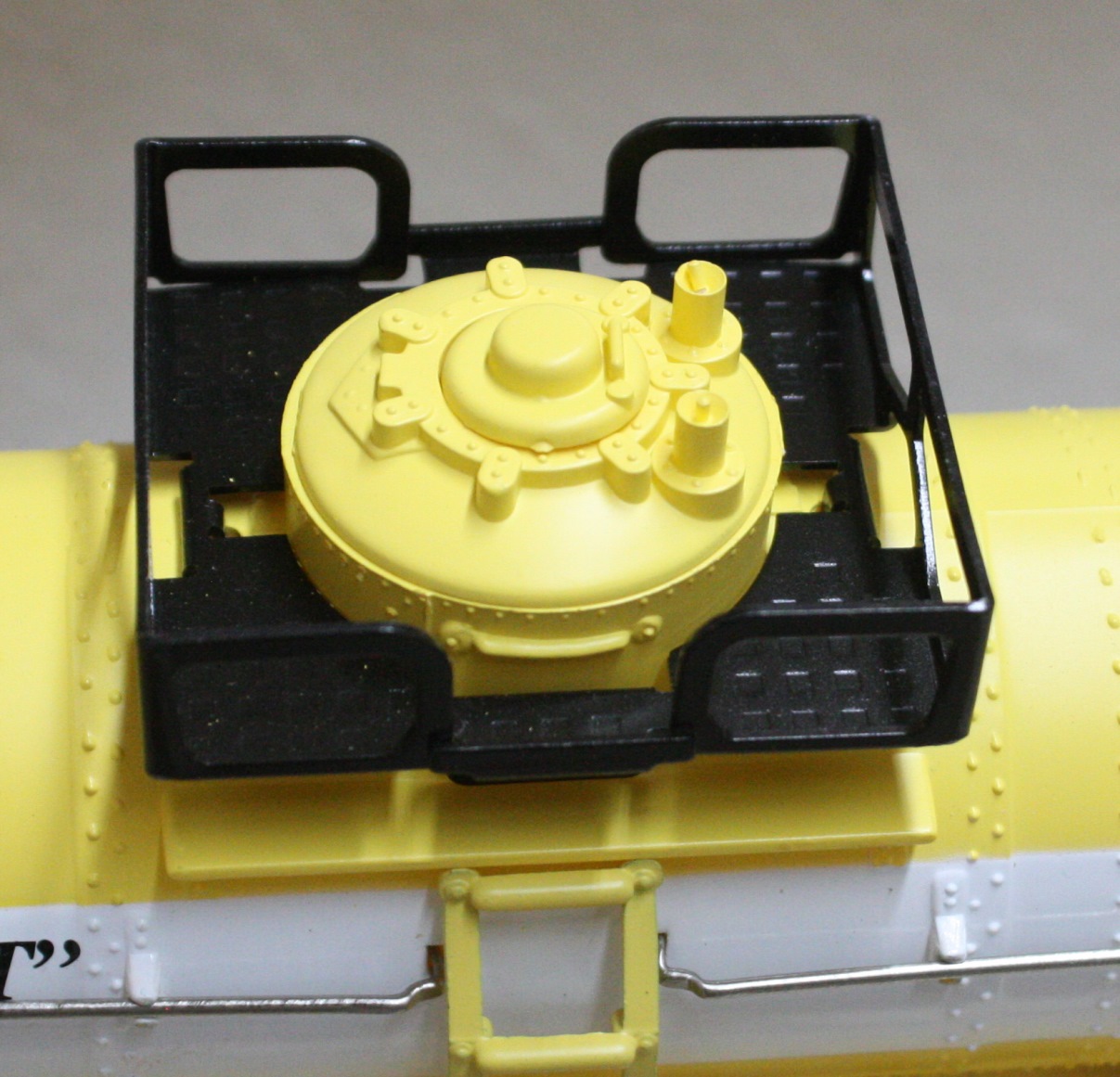