Except for the ashtray, items on this page were obtained from the William McClain estate. Mr. McClain was president of the Kusan Corporation when toy train manufacturing was started in 1954. 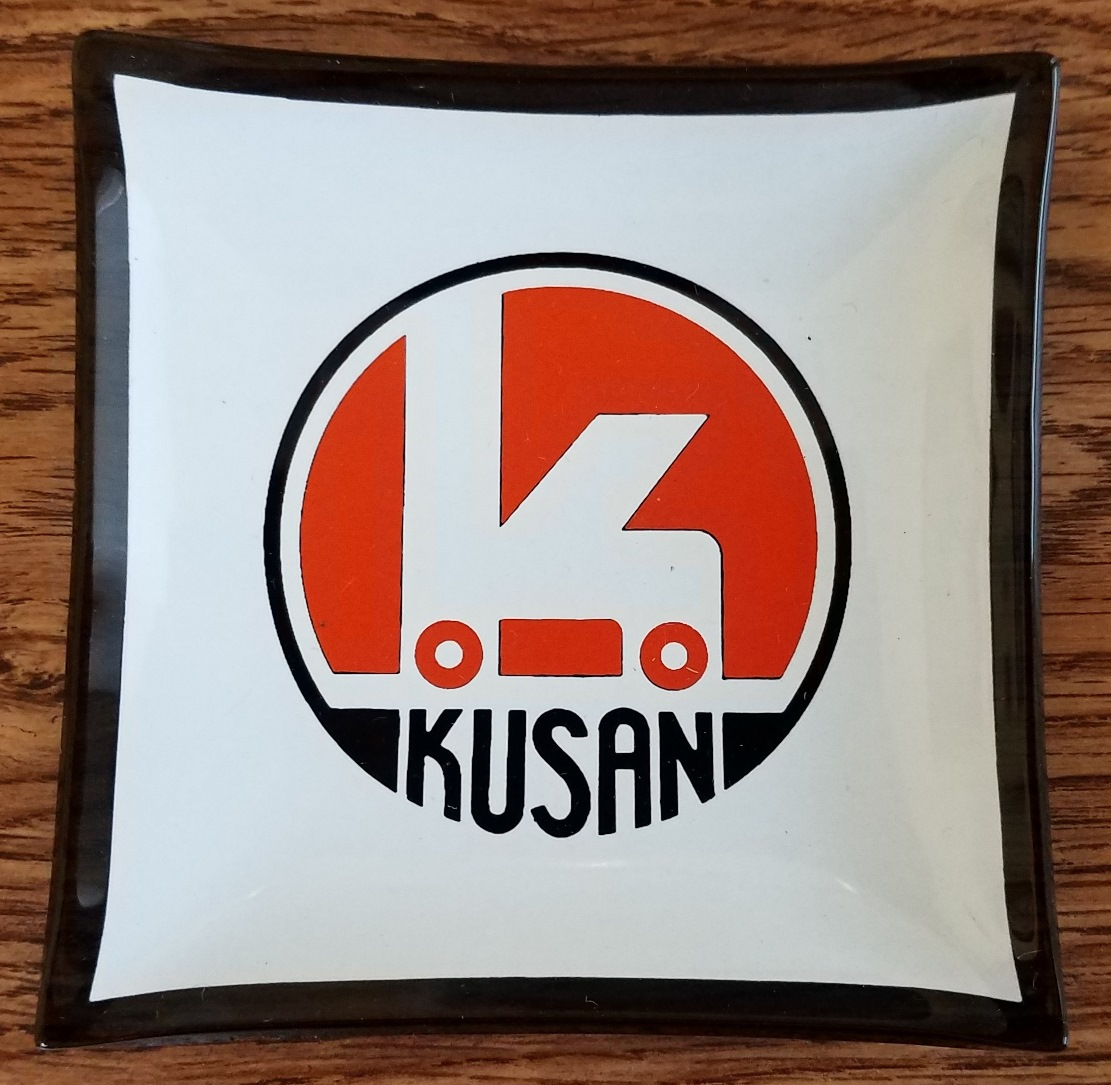 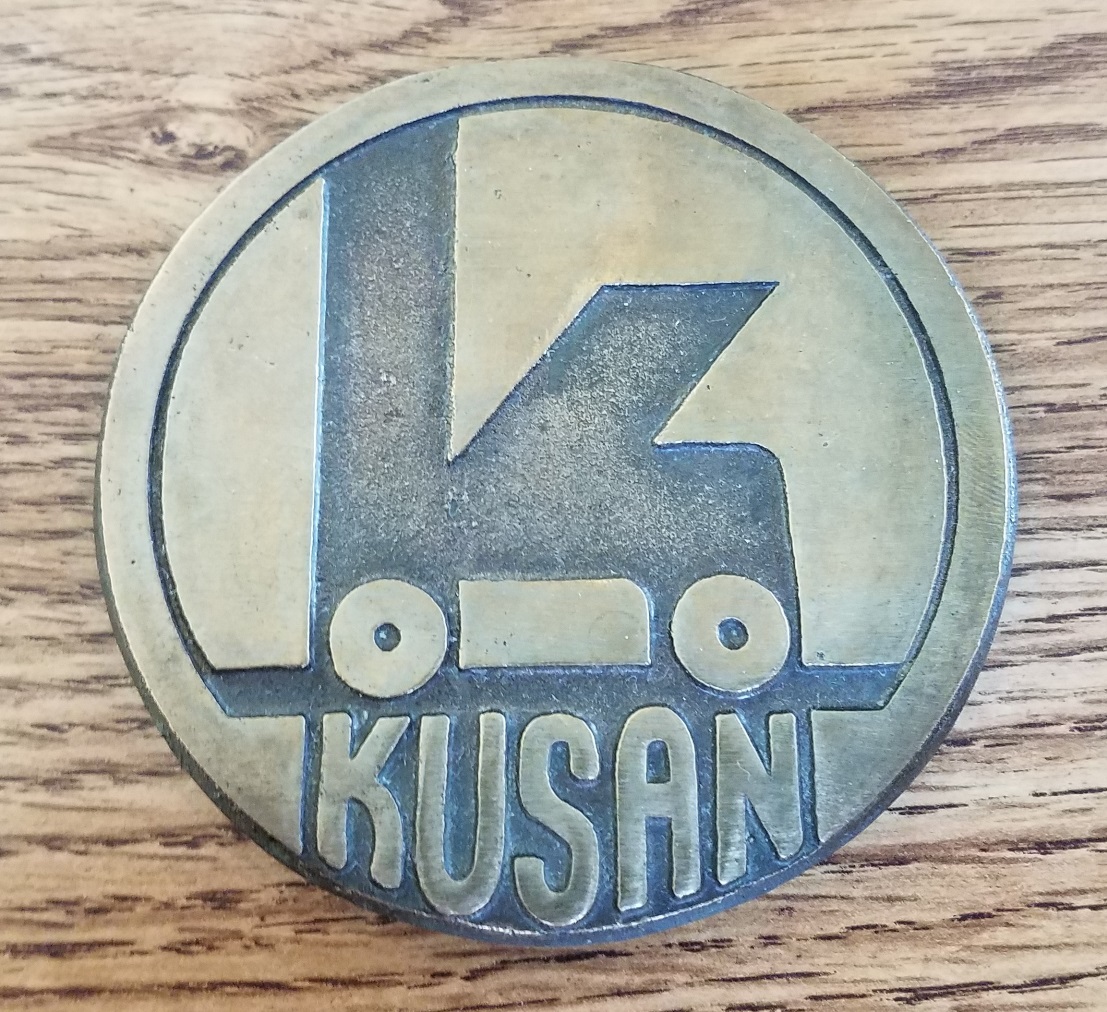 Kusan paperweight is three inches in diameter. It was the personal property of Mr. McClain, and he reportedly used it regularly on his desk. 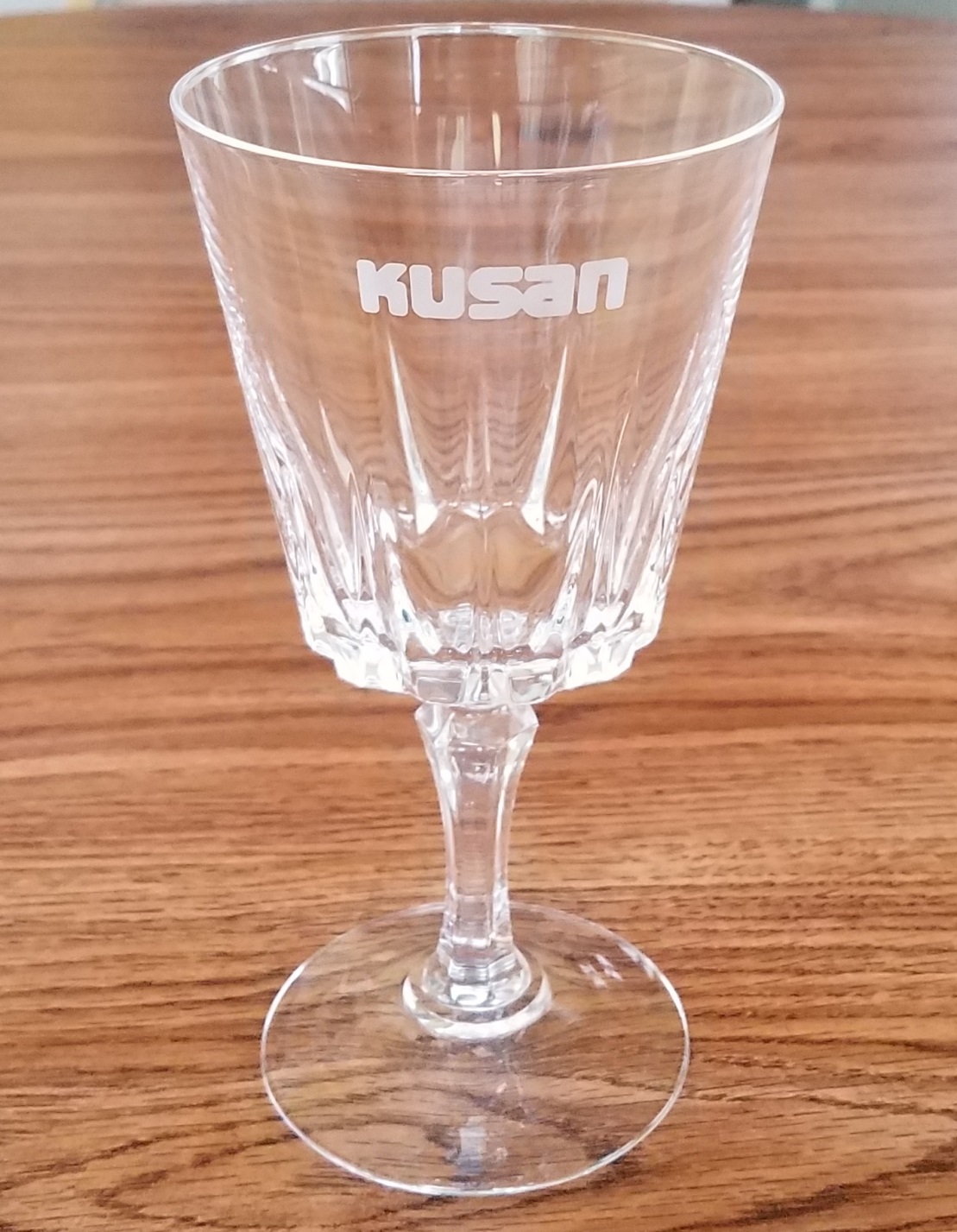 Kusan Waterford crystal goblet. Originally, there were two sets of four goblets. The sets were used as Kusan employee awards in 1959. 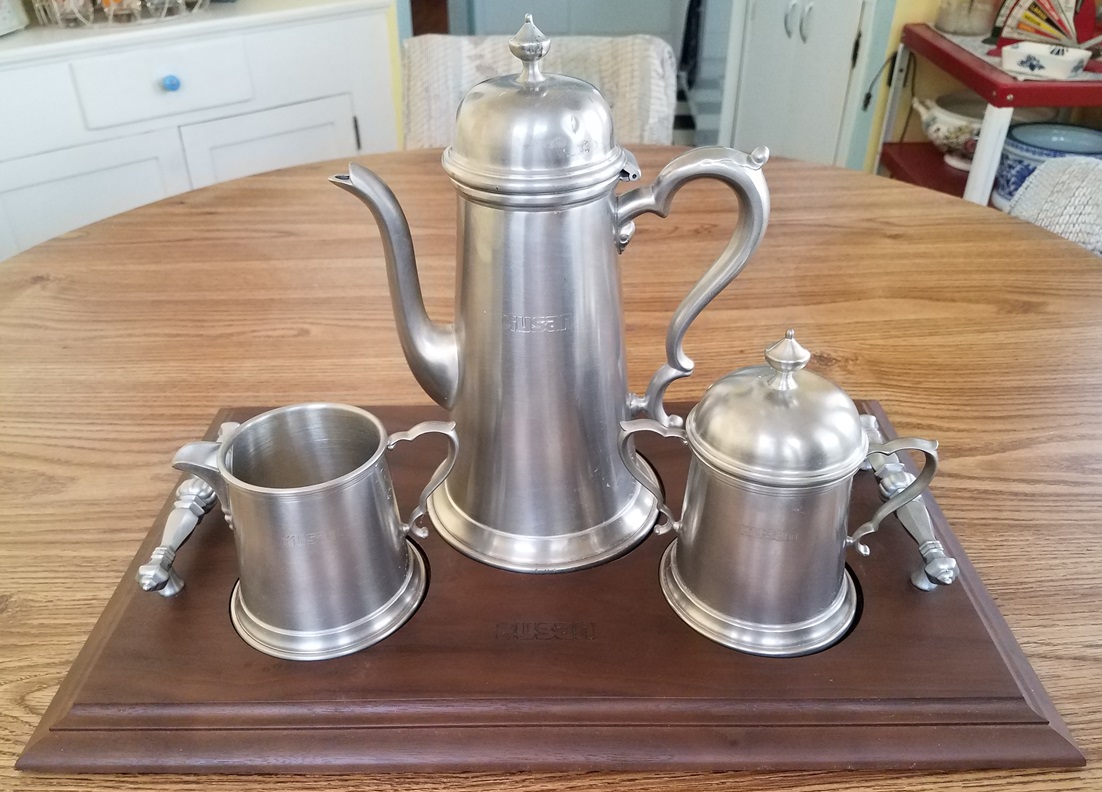 Kusan Josten's solid pewter tea service with wood tray. All three pewter pieces, and the wood tray, are engraved with "Kusan." This service was personally owned by Mr. McClain and likely given to him by Josten's as a sample.