Menards offered a fine looking ambulance. Its one drawback was that the lights were powered by three 1.5 volt button batteries. The batteries did not last long in regular use. Prior to placing the ambulance on my train layout, some modifications to the lights were made which allow them to operate via a hard wired 4.5 volt power supply. Also, a resistor was inserted into the wiring circuit to tone down the bright headlights. 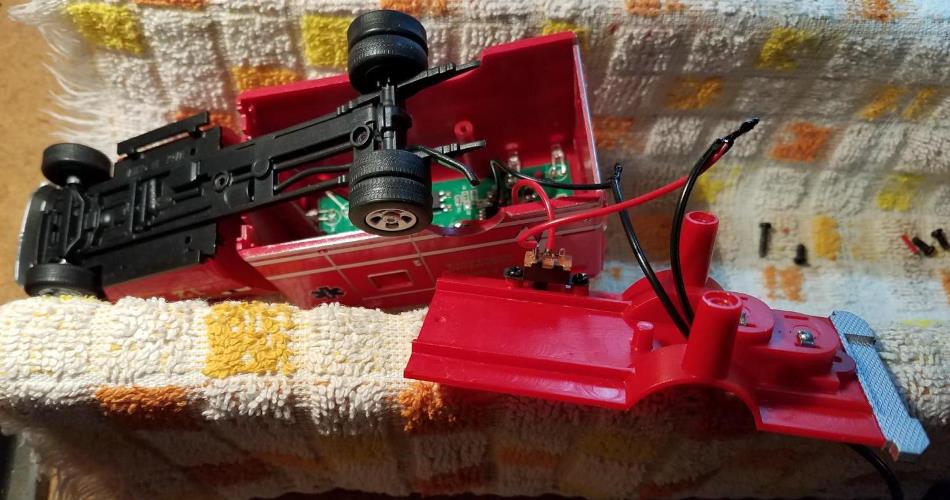 The hard wiring modification was done in the rear part of the ambulance. The two black wires fed through the ambulance bottom are from a 4.5 volt wall wart power supply. The ends of these wires were twisted together with the red and black ambulance wires as shown in the photo. Black liquid electrical tape was used to insulate the connections. The headlight brightness modification involved the front section of the ambulance. The brightness needed to be reduced to ensure long bulb life. The red wire was cut and a 100 ohm resistor (the tan object with stripes in the photo) was soldered between the two cut ends. The connections were insulated and the wires and resistor neatly folded into the front compartment of the ambulance.


A video clip of the finished product after reassembling the ambulance.