Utica Club, brewed in Utica, New York, was the West End Brewing Company's flagship beer. "WE PUT L♡VE IN OUR BEER" appears on the car sides. None of the cars below are precisely categorized/described in the Kris Model Trains chapter of Greenberg's Guide to Kusan Trains. 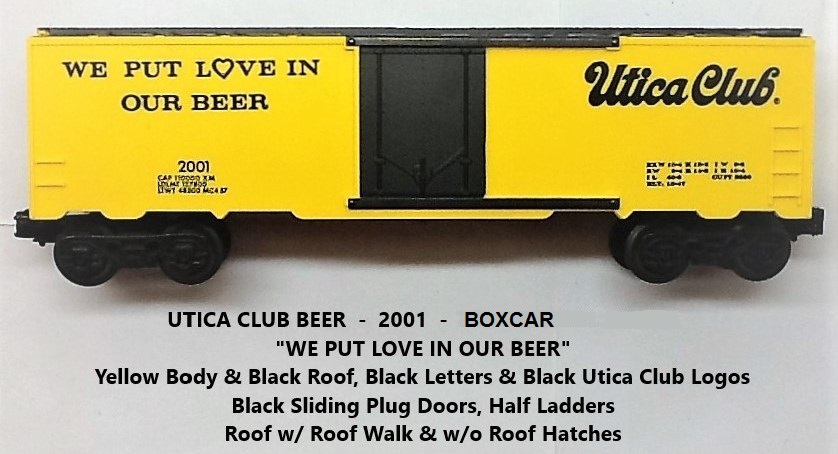 Variation not in Greenberg's. Photo and description courtesy of the B. Batt collection. 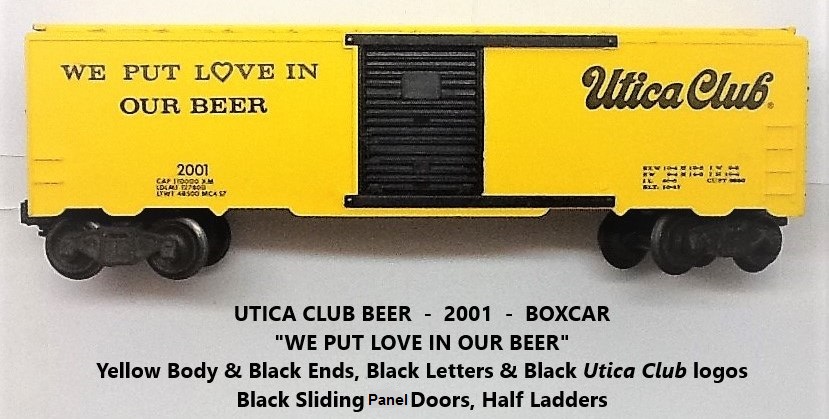 This boxcar matches the description of the only Utica Club refrigerator car variation described in Greenberg's. Photo and description courtesy of the B. Batt collection.

Utica Club 2001 refrigerator car body shell; shiny chrome; maroon lettering and graphics; no brake wheel, doors or door guides; half ladders. The original owner purchased this body shell from Frank's Roundhouse in the late 1980's. It was probably a Kris production reject, as there is some paint sagging on one side. In Greenberg's, there is a Utica Club boxcar variation described as "Chrome; maroon lettering; maroon plug doors."