See this page for a picture of factory-installed locomotive weights.

Kusan catalog number 10. K-M-T Lines Alco locomotives. Painted and decaled locomotive on the left, and unpainted gray on the right. 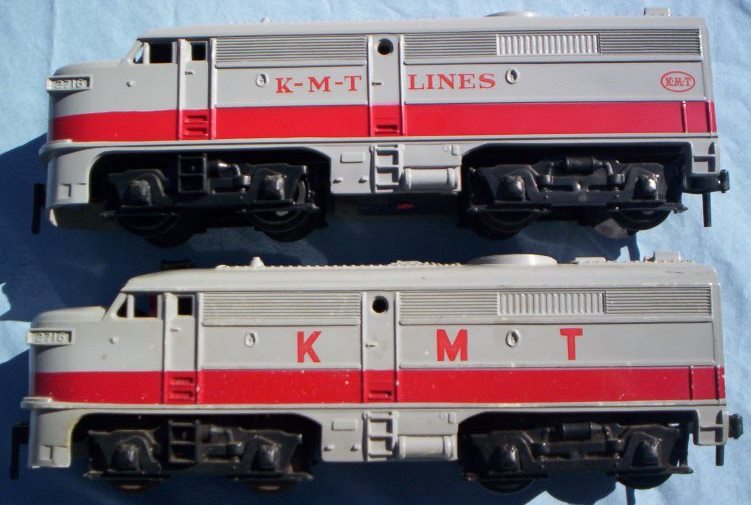 Kusan catalog number 10. Regular production K-M-T Lines Alco locomotive in the upper part of the photo and different KMT Alco in the bottom half of the picture. Note the larger print and absence of dashes, "LINES" and the KMT oval on the lower locomotive. Photo courtesy of the M. Scruggs collection. 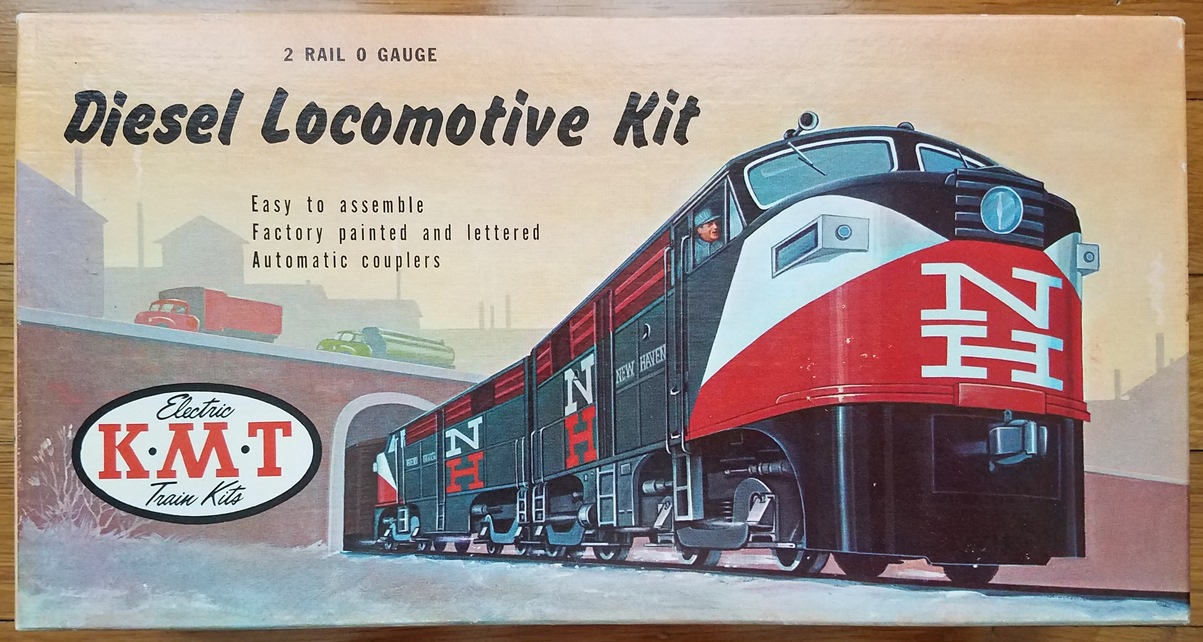