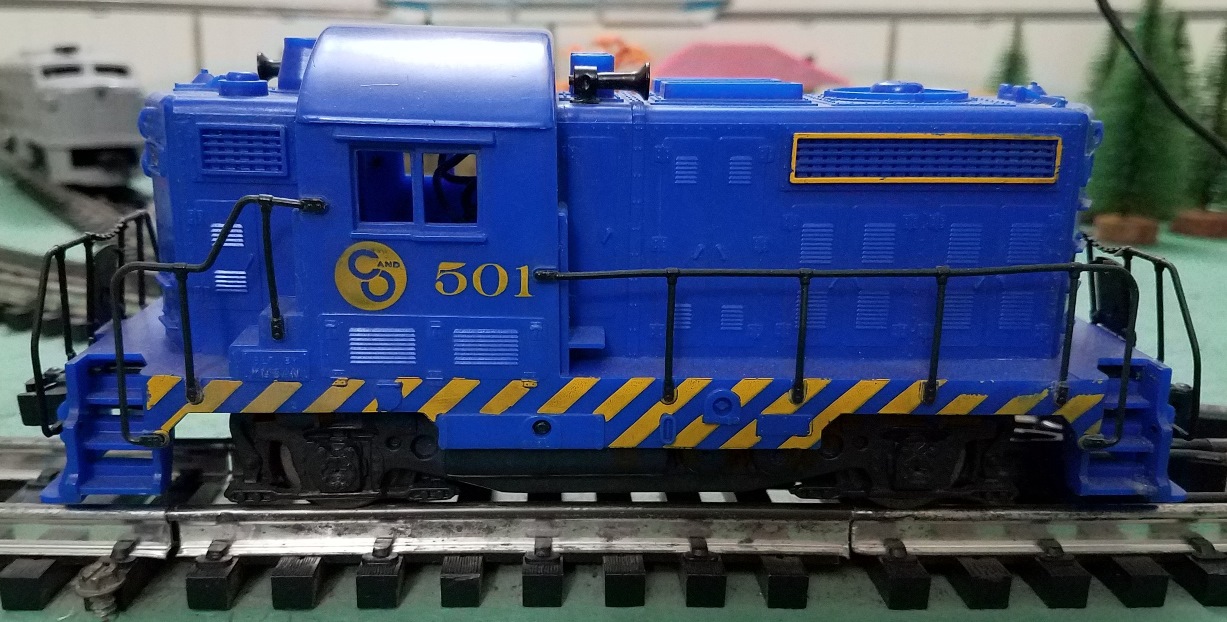 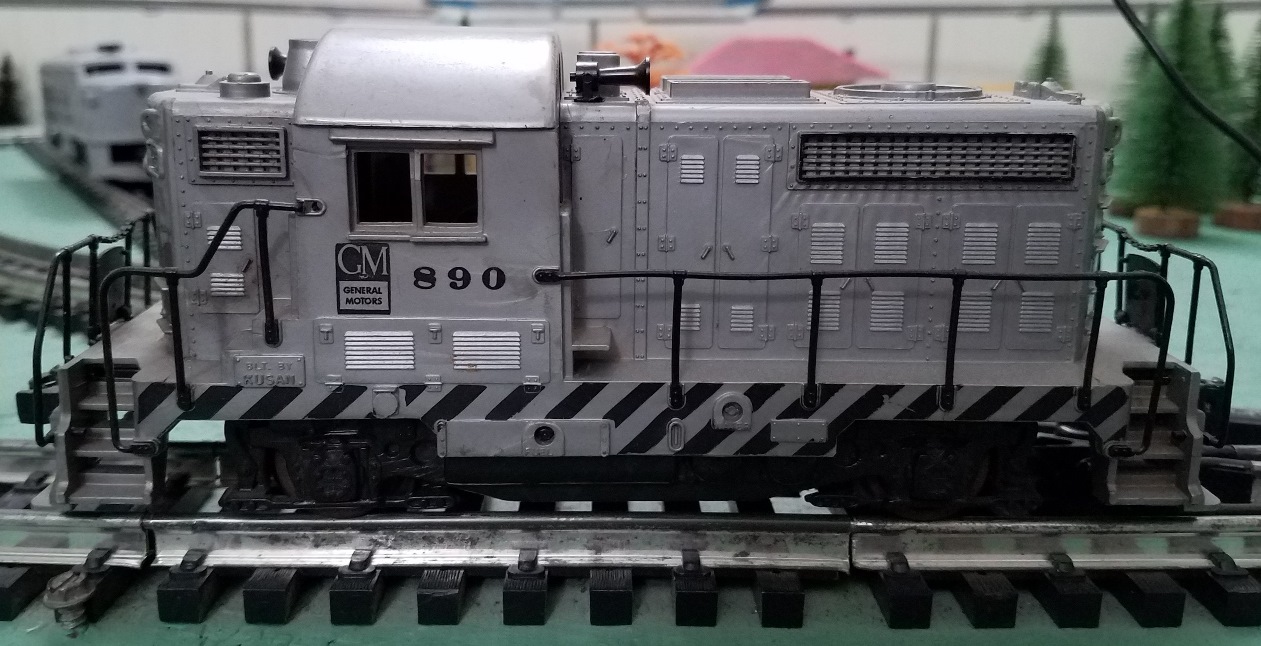 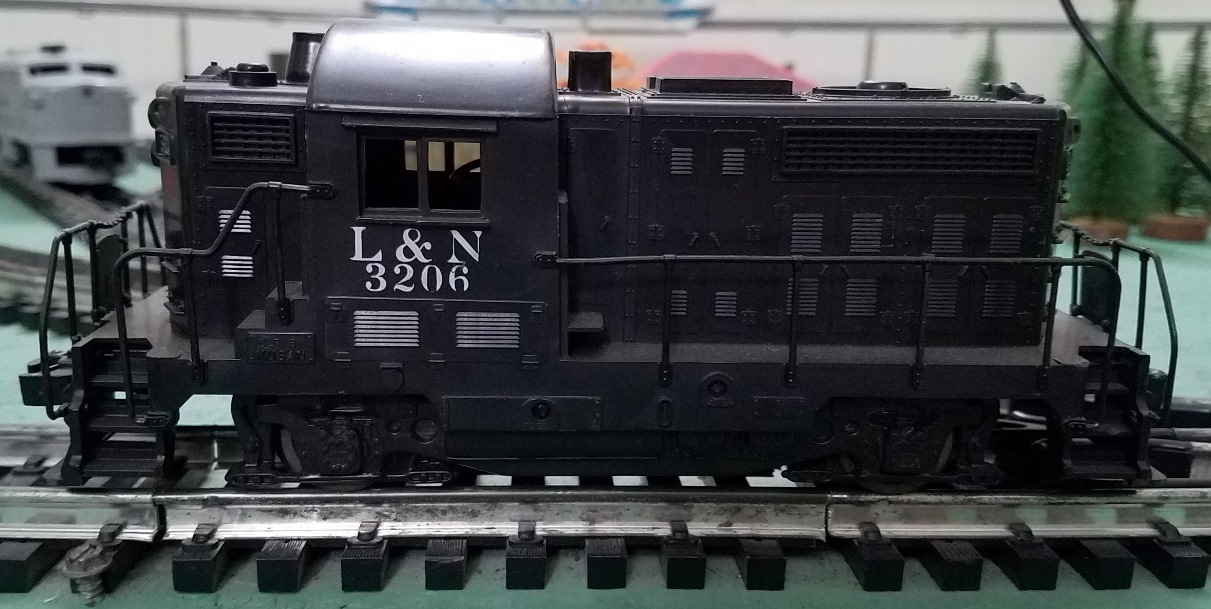 
The next three switchers are battery-powered. Battery compartment access, for two C-cell batteries, is on the bottom of the engine. The black switch on top of the engine controls power and direction - forward, off and reverse. There were also battery-powered Air Force and Gravy Train switchers. 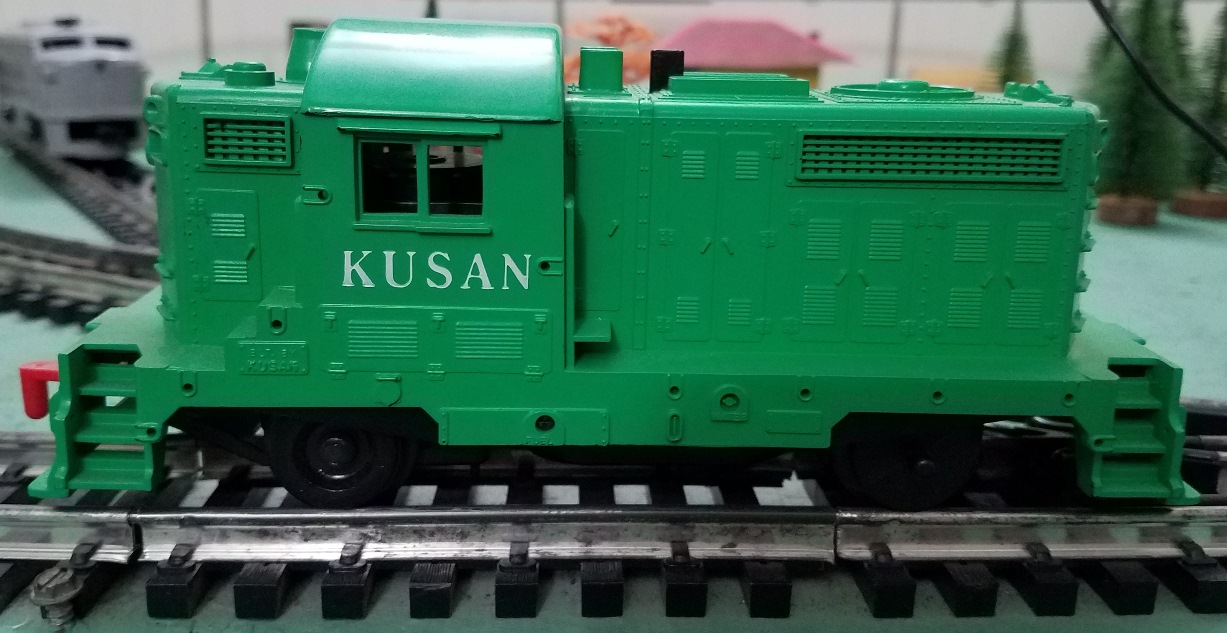 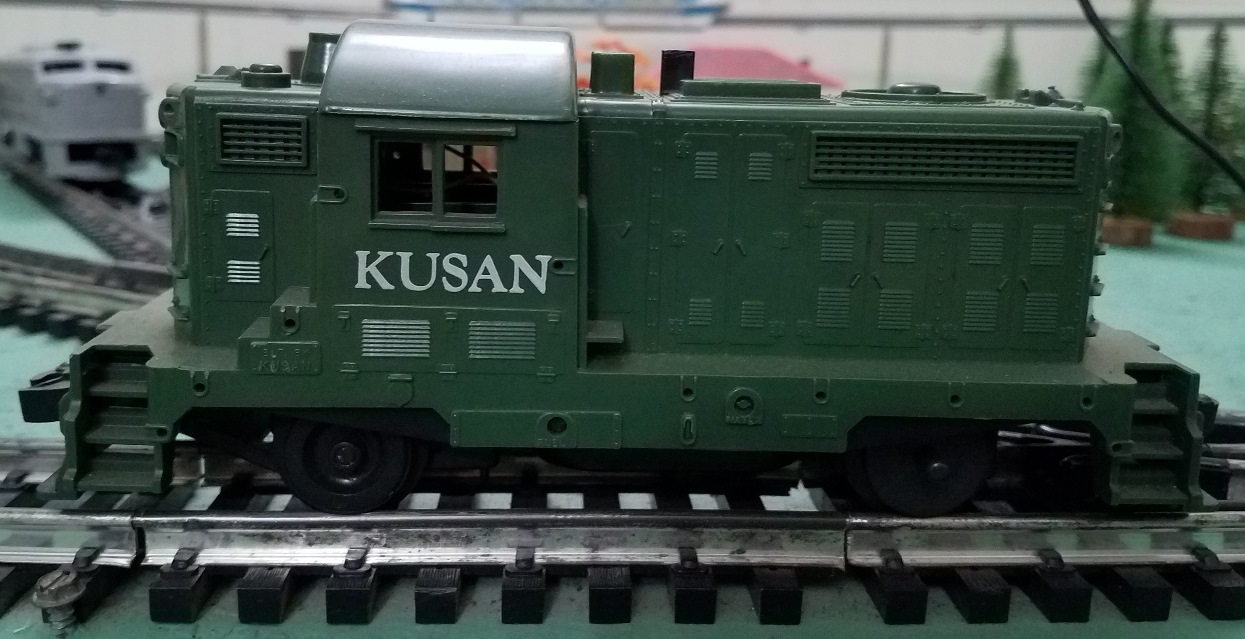 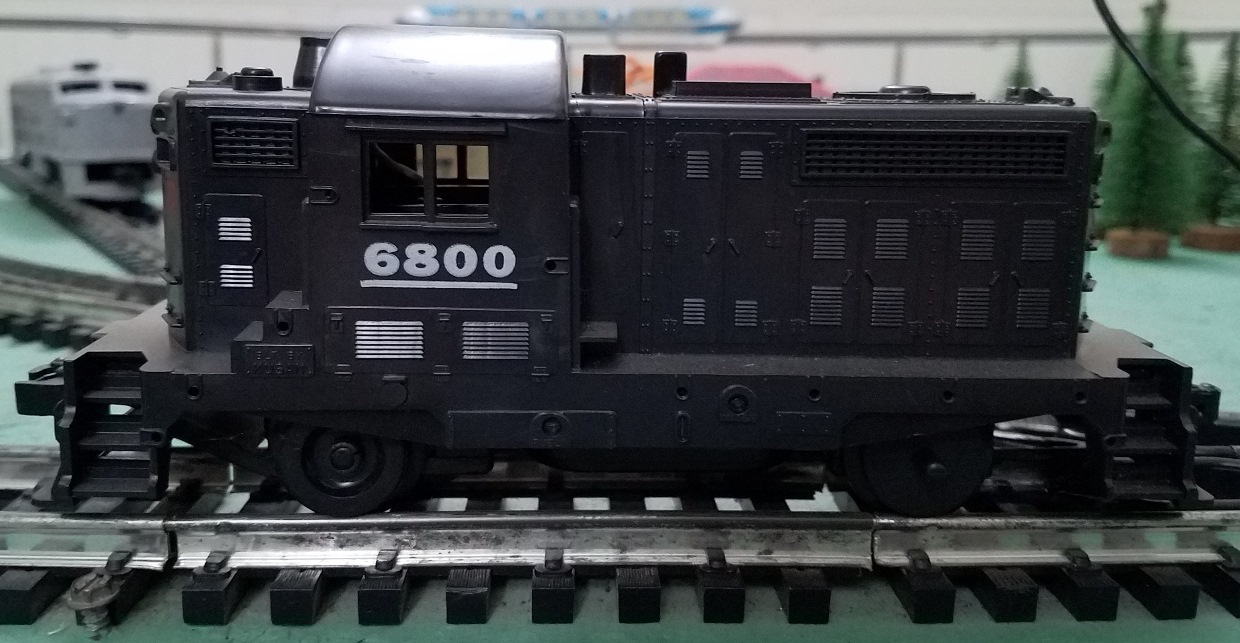